Invite the Mayor to your event

The Mayor can attend events virtually or in person.

If you would like to invite the Mayor to an event, please complete our online form.

To allow time for us to put in place the necessary arrangements for the Mayor's visit, we respectfully ask that you allow at least seven days' notice.

The Mayor’s secretary, Anne Thurlow, will then respond to you to let you know whether the Mayor will be able to attend and to ask for any additional information.

If you have any questions prior to completing the form, please contact Anne via email on anne.thurlow@havant.gov.uk or phone at 023 9244 6152.

What does the Mayor do?

The role of the Mayor, other than as Chairman of the Council, arises from custom and practice. In 1974 the council (legally a district council) petitioned for the right to be called a borough and being granted that status, was and is entitled to call its chairman 'Mayor'.

The Mayor presides over council meetings, to ensure they are carried out efficiently and with regard to the rights of councillors and interests of the community

Furthermore, the role of Mayor ensures that council meetings are a forum for debate of matters of concern to the local community and the place at which members who are not on the Cabinet are able to hold the Cabinet and committee chairmen to account.

A key community aspect of the Mayoral role is to promote public involvement in the council's activities, including attending functions and activities, arranged either to promote the borough, or for charitable causes.

What is the correct way of addressing the Mayor?

The correct form of address is: Mrs Mayor or Madam Mayor.

The full title of the Mayor is: The Worshipful the Mayor of Havant.

The Mayor of Havant's Consort

The Chaplain is chosen by the Mayor and is an honorary title. The Chaplain attends civic functions and is responsible for prayers before council meetings and saying grace before any civic dinners.

If anyone wishes to donate to the Mayor's charity, they can do so by sending their donation to the Mayor of Havant's Charity Appeal Fund using the following bank details.

The cheque must then be sent to: The Mayor's Secretary, The Mayor's Parlour, Public Service Plaza, Havant, PO9 2AX.

What are the Mayor's charities?

For this Mayoral year, Cllr Raines has chosen to support: The RNLI, Hayling Island.

The RNLI is a charity that relies on voluntary contributions to save lives at sea. The Hayling Island RNLI Lifeboat Station was established in 1865 and carries out rescues in the eastern end of the Solent and operates two inshore lifeboats. They provide a 24 hour service covering search and rescue requirements in Chichester Harbour and the surrounding area.

The lifeboat crew on Hayling Island are local volunteers and give up their time freely to carry out rescues and save lives at sea. The crews have been presented with 30 awards for gallantry during their history of lifesaving.

All the lifeboat crew make a major commitment to the RNLI – and this could ultimately include risking their own lives. The RNLI in return, is committed to providing the equipment and training they need to help them save lives as safely and effectively as possible. Any funds raised through my appeal will be donated locally to the RNLI and will go directly to support the Hayling Island Lifeboat Station

Each Mayor selects local cadets to support them and attend some Mayoral events. 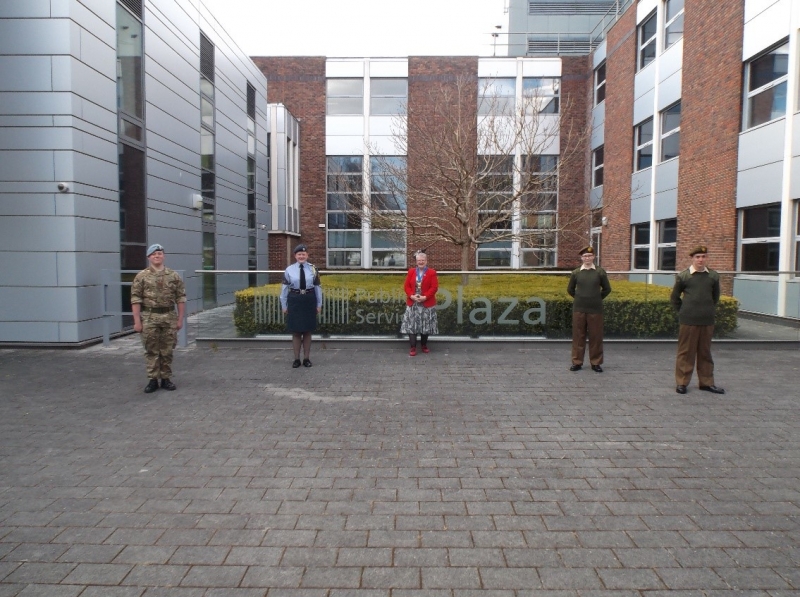 This year Cllr Raines has selected cadets from each of the forces, as well as the police.

Each cadet is presented with a signed certificate of appointment and a special cadet badge.

For this Mayoral year, Cllr Raines has chosen to support The RNLI, Hayling Island.